This is an excerpt from the book ‘Moong over Microchips: Adventures of a Techie-Turned-Farmer’ by Venkat Iyer. After working for seventeen years in the IT industry, Venkateshwaran Iyer quits his job in 2004 to live on his own organic farm in Peth village in Palghar district, Maharashtra. But, it wasn’t easy.
With no experience in agriculture, his journey was fraught with uncertainty. He soon went from negotiating tough clients, strict deadlines and traf c to looking forward to his first bumper crop of moong. As he battled erratic weather conditions and stubborn farm animals, he discovered a world with fresh air and organic food, one where he could lead a more wholesome existence. The following excerpt reflects his fast-paced life in the IT world in Mumbai where he’s considering to stop and take a long, hard look at where he was headed.
Working for an MNC and that, too, one of the best in the world was a heart-warming experience. The company looked after all the needs of the employees. We moved from our poky office in Nariman Point to a large one at Bandra Kurla Complex. The office furnishings were all according to international standards and so were the facilities. The employees were expected to be given all comforts so they would do their jobs rather than run around and waste energy in administrative matters.
Real Individual Growth, the Catalyst for Success

Besides the material comforts they provided, our salaries were raised to global standards. The company had liberal leave policies and we were expected to take a minimum of ten days’ leave every year. This was good for us as we could travel every year to a new location. We did exactly that and within a few years we had visited Bhutan, Nepal, the northeast states of India, and even managed a trip to Switzerland and Paris. 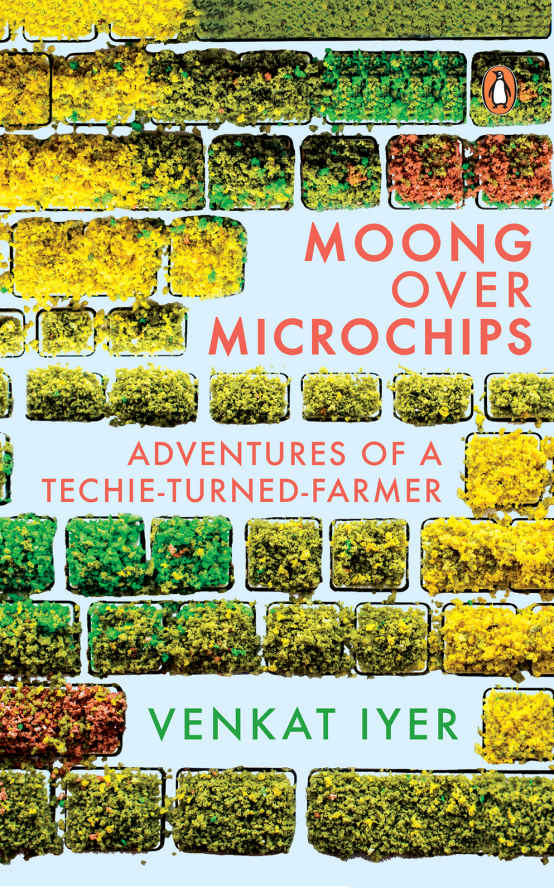 The job itself was extremely satisfying. We got to undertake software projects with some of the big business houses in India and implementing them was rewarding, especially since we followed some of the best global practices. The company also sent us abroad for training sessions. I was soon promoted as project manager and also certified by an international agency as a project management professional (PMP). There were few people in the country who were certified at that time and it was a big credit to our company. Every project in IBM was considered a profit centre. We had to ensure that we stayed within the budget and made some profit at the end of the project. This was extremely challenging and it made the job all the more interesting. We had to look for ways of keeping the customer satisfied, for the focus of the company was very clear. Customer satisfaction was the foremost goal of the company. Every project was a tightrope walk, trying to balance the budget and the workload.
Are You Dreaming the Right Dream?

I seemed to have everything I desired, except the time to enjoy all of it. At IBM, there were no rules or pressure directly to perform. It was up to each employee to do their best. We did not have office timings or fixed leave or scheduled holidays. There were no machines to clock your in and out time. No one objected if you walked in late or left early. We were all provided with mobile phones and laptops so we could work from wherever we were located. The company worked on the principle of ‘pay by performance’. The sales personnel had targets to meet and the service personnel had utilization to achieve. Utilization was the time you spent on projects which were making money for the company. You were considered unutilized if you sat in the office and were not assigned any project. Every person who achieved the target was given huge monetary incentives besides trips abroad on company expense as a holiday. This kind of a setup has a flip side to it. It sometimes leads to self-imposed stress and pressure to perform well and stay on top.
The connectivity and infrastructure ensured that each employee was always on call if so desired. You could not get away from work at any point in time. In spite of various attempts by the company to bring in the balance between work and family life, there was always this big gap in giving quality time to the family. We even had family outings and parties to ensure that employees and their families had fun. These outings would start in earnest but after a couple of drinks and a round of house, the conversation would veer towards business. It was as if you were on a call with the company 24/7.
What is the Biggest Form of Job Satisfaction?

It was not that all employees of the company were conscientious and under stress to perform. We had our own group of employees who were called the ‘cc’ group or the carbon copy group. These were the people who did nothing but lip service and whenever a deal was coming to a closure, they would ensure that their names appeared on the ‘cc’ of each mail. They made sure that they got credit for the deal. These were the guys who spoke the most during the ‘con calls’. There was nothing that could be done with them. After working with IBM for seven years I started getting restless. Being a project manager meant that I had to spend a lot of time on site with the team to ensure that things went smoothly with the project. The travel and long absences from home were also getting on my nerves. There were many of my colleagues who also felt the same and were making efforts to find a new job.
It was during one of those informal chats over tea with my colleagues that it dawned on me that maybe I did not need a new job. I thought that another job would be as good as this one. What would be different in a new job? Maybe the office location and the people who worked there. I would still be doing the same thing. It was clear that everyone needed an expert. If I was good at project management, all other companies would also offer me the same role. I needed to rethink what I wanted to do. A new job would mean more money but then we already had enough. What would we do with more money? Probably buy a bigger house and a bigger car. A bigger house would be good but it was not a necessity. Even if we did buy a new one what could change? The view outside our window would probably still be of an air conditioning duct or worse still a clothesline. It would also mean we were back into the debt cycle with a huge Equated Monthly Instalment (EMI) to pay every month.
I also wondered about the quality of work I was doing. I was putting all my effort to make some software work for a company which in turn paid IBM lots of money. Some of the money was handed over to me in the form of salary and perks while the bulk went out of the country into the pockets of the multinational corporations. The same money then came back to our country as debt or charity for some natural disaster or aid for government programmes. The office atmosphere was great and the work ethic just wonderful. But I realized that work was becoming all-encompassing. There was hardly time for anything other than work. Besides, if I was on a project, I was away from home for long durations. I was thirty-seven years old and wondered if this is what I wished to do for the rest of my life. I could not help but think of Mukta, one of my college friends, who had such great plans for her life which ended so abruptly with her death even before she was twenty-one. Life was short and uncertain. I felt it was better to do what I wanted to do when there were time and energy. Who knows what will happen in a few years?
I thought a lot and recalled all that Meena had told me of her various trips to villages during her research. Why shouldn’t we live a life where we could grow our own food and live close to nature? We could shift to a small village where we built our little house and lived off the land and its produce. The idea was forming in my mind and I discussed it with Meena.
I reasoned with her that we did not need a lot of money to live. Especially if we were growing our own food, we would not need much. We reasoned that if we could produce the bulk of our calorie requirement from the land itself there was hardly any other expense we would incur. We would need to spend on some essentials that we could not produce like salt and some spices but that was not much. I had no idea how much was needed to live in a village but knew that it would not be as high as what we spent in the city.
Why I Quit a Fortune 500 Company for a Startup

At times hilarious, and other times profound, Moong over Microchips follows Venkat’s extraordinary story of being disheartened by his stressful existence in the city and his decision to give it all up and take up organic farming.

UpGrad Your Career With Online Programs